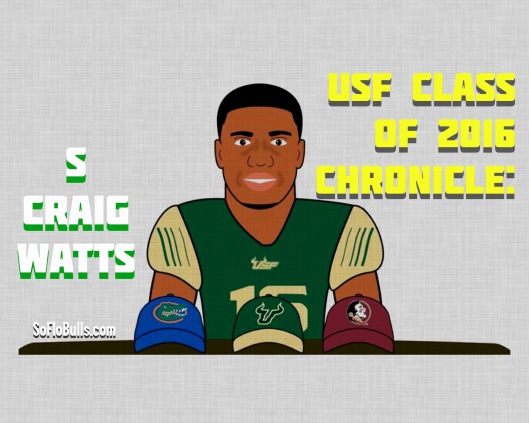 Second up in the USF Recruiting Class of 2016 Chronicle series is a St. Petersburg native who was highly sought after defensive back that held 41 offers from the biggest names in college football, including Ohio State, Florida State, Alabama, and Notre Dame. 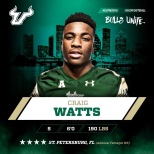 USF Head Coach Willie Taggart and staff made this hard hitting Bay Area product a priority from the start, and jubilantly celebrated when the fax machine lit up on February 3rd and the signed letter of intent came rolling in from this heralded 4-star recruit (video below). USF defensive backs coach Alonzo Hampton spearheaded the recruitment of this player I believe will see the field in 2016: Admiral Farragut safety Craig Watts; a 6’0, 190 pound wide receiver punishing machine.

Maybe it was karma? Both of Watts’ high school coaches are USF Alumni, first under Gibbs High Head Coach Rick Kravitz, then under Admiral Farragut Academy Head Coach Ryan Hearn. Regardless, hats off to both Coach Taggart and Alonzo Hampton for utilizing the USF alumni connection to help reel in the Tampa Bay area standout. As a junior at Gibbs High School, Watts amassed more than 100 tackles. After playing varsity freshman through junior year under Kravitz, Watts opted to take his talents to Admiral Farragut Academy where the senior posted 87 tackles, two passes defended, two forced fumbles, and an interception under Hearn. {HUDL HIGHLIGHTS HERE}

Here’s how the Watts recruitment roller coaster unraveled: Decommitted from Wisconsin in July of 2015, committed to former USF commander-in-chief turned Colorado coordinator Jim Leavitt in September, only to flip from the Buffs in early January 2016. The 4-star defensive back tweeted on Jan. 18 with the caption, “BayMade, BayStayed, BayPlayed” to let Bulls fans know he was keeping his talents at home.

“It’s finally over, I made the right choice. I want to stay home and put on for my town and just have Tampa jumping because this year is our time to step up,” Watts said. “Coach Taggart had a lot to do with it, that and staying close to home,” Watts elaborated. “I have a great relationship with Coach Taggart and we’ve been talking every week. I’m going to get a chance to start next year and I’m going to work as hard as I can to do that. I want to help USF get to the top.”

Taggart said Watts fits the de facto husky spot vacated by Jamie Byrd to a tee, now called the striker in USF’s 4-2-5 defense. “That’s what they do, they strike people,” Taggart added. “[Watts] will be there at the striker position, him and Josh Dunn both.”

“These are guys that are definitely Southeastern Conference-type athletes,” Lemming said. “It’s a small class, hopefully they get more guys. But numbers-wise, this is one of their best classes in more than 10 years.”

“He [Watts] was one of those kids who, from day one, you sensed he really wanted to be here,” Taggart said. “When he was on campus, he was always smiling.” Willie Taggart and the USF coaching staff should be all smiles themselves after adding such a dynamic group of newcomers to one of the most electrifying rosters in USF history. Stay tuned Bulls fans, 2016 should be one for the record books. 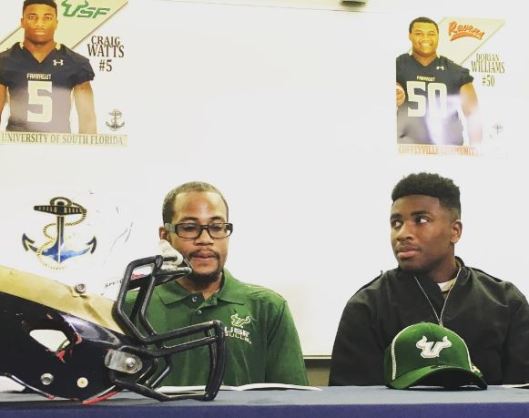